The Tower ~ Student News You Can Use 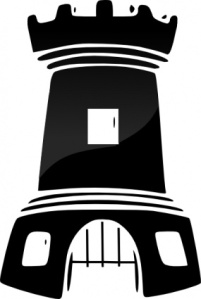 Cornwall – I don’t know why I’m typing this. Even though the world is dead outside, the school still has power for some reason. The computer still works but I imagine there’s no Internet; there’s nothing left to connect to. Well let’s try anyway…yep…good old ‘Unable to Connect’ pops up. I can’t log on to the school paper’s website to post this. I’m the last editor Citadel High will ever have and my last article won’t go anywhere when I hit Post. It’s just me and Word now.

I didn’t bother adding a subhead. I don’t know why I bothered coming up with a headline. I haven’t checked to see if the school’s camera survived. The cabinet where I keep it was lying face down on the floor. Luckily we don’t keep much in it so it’s fairly light and I was able to lift it back up. I had to step through a gauntlet of shit in the office to get to it. Everything in the school that could crash to the floor did when the world exploded; well not exploded really, more like burned and trembled. Crap. Did I just write ‘shit’? You know reality is FUBAR when the editor fails to sensor her own newspaper.

What was I talking about? Oh yeah, the camera in the cabinet. I left the key at home yesterday because I was planning on concentrating on some homework. I actually have an essay due tomorrow and I need to finish it…well, at least I did. No need to finish it now. I don’t know if taking pictures is the best idea. The students who were by the windows when it happened got glass in their eyes before their faces were scorched. They screamed for hours, then continued to sob, pant, and moan. Now they’re silent. The last of them stopped rolling on the ground about an hour ago. Their bodies are still in the hallways.

I can’t imagine there’s anyone sensible left to organize the rest of us. I haven’t taken stock of who is alive. It’s pretty quiet right now. Everyone’s picked a corner to cry in. Maybe one of us is figuring out what to do next. I’m here. Typing away. Not very productive. I thought I saw Owen Gault wandering around. He’s a skinny geek but he’s quite sharp. Even for a freshman he’s had it rough this year. I’ve never seen anyone get picked on as ruthlessly as him in my two years at Citadel High. He might be able to tough this out. Well, maybe. I saw a few of his tormentors roaming the hallways. They’re the worst bunch this school has had to deal with. One of them should’ve graduated two years ago. I thought there were special places for dysfunctional people like him. But for some reason they let him come to school. And now he’s among us. He and his cronies are the last bunch you want to be stuck with at the end of days. Owen needs to stay clear of them.

I don’t know what to do next. Go look for food I guess. The cafeteria should have some. A few of the vending machines fell over. They’re a lot heavier than a cabinet. I’ll need help lifting one of them to get at the candy bars. Though, how long can anyone live on that? I’m deathly afraid of the supplies becoming the currency that’ll make us turn on each other. Dad has (or had) a couple of stories from his time on mission of displaced refugees tearing each other apart for leftovers. Will it get to that?

I can’t stay here typing all day. I’m getting cramps. It’s so hot and stuffy in this building. I think I’ll go find Owen.

What a crap article. It’s not even structured. If I had to edit this, I’d ask for a re-write.

Where Grace Found Me
inspiredbyabook

love drifting off into my own little world of books.

This is what I do with at least some of my time...

The Dystopian Nation of City-State

Science Fiction writing about aliens with lives you can relate to.

I have people to kill, lives to ruin, plagues to bring, and worlds to destroy. I am not the Angel of Death. I'm a fiction writer.

The Soundtrack to the Movie in Your Mind...

A forum for English language writers in Brussels

Seek first the kingdom of God and his righteousness. (Matthew 6:33)

Adventures in film and cinema

A fictional blog from the perspective of 18 year-old Evangeline Vale, future queen of the Cuinn tribe.

Tales inspired by the people of Croydon

There's no place like home. Especially if you don't live there.

Twice across Europe by bike and more

If my dog could talk this is what she'd say...

The shore is not in sight. Sci-Fi. Fantasy. Horror.